Being good at being single

Being good at being single 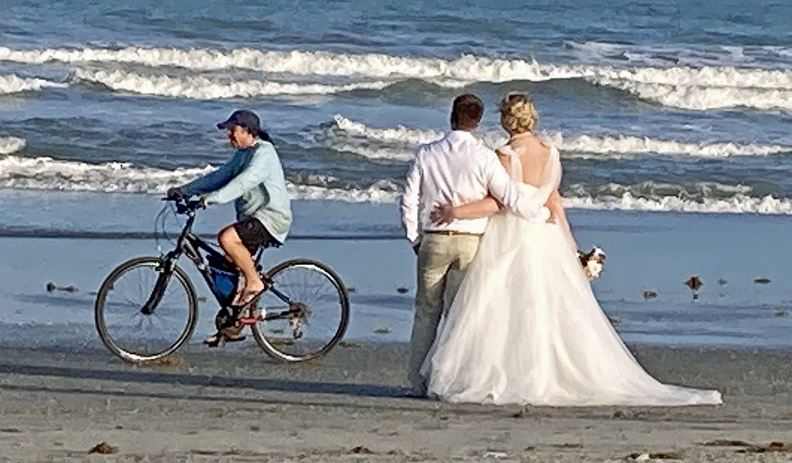 Most of us have no clue what we’re doing in these matters of the heart, but if you’re looking, and if it’s any help, here’s something for a summer day.

It starts with a fine young lady, Corinna. Little Boy Hopeless, that’s me, hit her with a rock. In Grade 2. Seated behind her, I’d also pull her dark, silky hair. I liked her

Not as much as I liked Dianne, though, another brunette, the older sister of my buddy Mike. She had doe eyes and a way about her. I had someone snap a photo of us three, before I got some scissors and cut Mike out, leaving Dianne and myself as the lovely couple. The photo was pinned to my bedroom wall. That’s Grade 4.

As a teen, the object of my affection was, surprise, another brunette. Sherry was some angel. One evening I broke into a church basement window to sleuth for her family’s address, then drove to her front door and knocked, only to find (good grief) her boyfriend.

Which is all to say – blonde, brunette or otherwise – don’t marry young. The grey matter in your head is still developing. Learning takes time. And let’s be honest. The grass on the marriage side of the fence isn’t always greener. Ask Johnny or Amber or you-fill-in-the-blank.

So give time. There’s your formal education. And finances. But when you do commit, marry full-on. Why? Because formal marriages, in general, are stronger than civil unions. Research shows this. One study shows that one-quarter of marrieds, but two-thirds of civil unions, divorced before their eldest was 12.

Now we’re in a post-pandemic wedding surge. Nobody can find a venue. Maybe try the beach? That’s where I recently stumbled across a wedding. There the bride and groom stood, oceanside, looking at the open horizon, when, in a comical juxtaposition, some beach cyclist rode past without a care.

Yes, everyone’s getting married. Or paired off. Except they’re not. So don’t worry if, like that cyclist, you’re riding single. The single life is no second-class life. It has advantages. For one, your time is your own. And, no, your body parts won’t fall off. The sun will still rise every morning.

This is my own story, and gentle advice from someone who, sure, is no Cyrano de Bergerac. Learn to live single well. If you want marriage, you’ll later marry well. Healthy people attract healthy people.

Of course, there are other ways to go about it all. Young people living together are especially uninspired by the quaint notion of marriage. It’s such a bother. The institution is losing its shine across the western world. Weddings are expensive. Even so, the focus should stay on the marriage, not the wedding.

But you’re completely unattached? Make peace with it. It’s a season of opportunity. Travel. Develop a range of meaningful friendships. My friends included an eclectic group dubbed “The Over-30-Unclaimed Precious Jewels Club,” singles not hooking up, but connecting in other ways. And when you need clearer direction? Open a book. It’s like checking a compass.

Long before he co-founded e-harmony, Neil Clark Warren wrote, “Finding the Love of Your Life: 10 Principles for Choosing The Right Marriage Partner.” Or try “Becoming a Friend and a Lover,” by Dick Purnell, a guide on compatibility in the five elements of relationship: the physical, intellectual, spiritual, emotional and social. Or go to another helpful guide. Pray honestly. Wait patiently. Settle only for what’s best, not just what’s good.

It’s a wonder they don’t teach these things more in school. No, really. Is it less vital than science or math?

Eventually, one summer day, this entirely helpless boy did marry. We recently took a pandemic-delayed trip for our 20th. So is my bride a striking brunette? Of course she is. There’s no surprise there. The surprise is that the wonder (please, pinch me) is still felt all these years later.