Childlike wonder in the summer that never was

Childlike wonder in the summer that never was 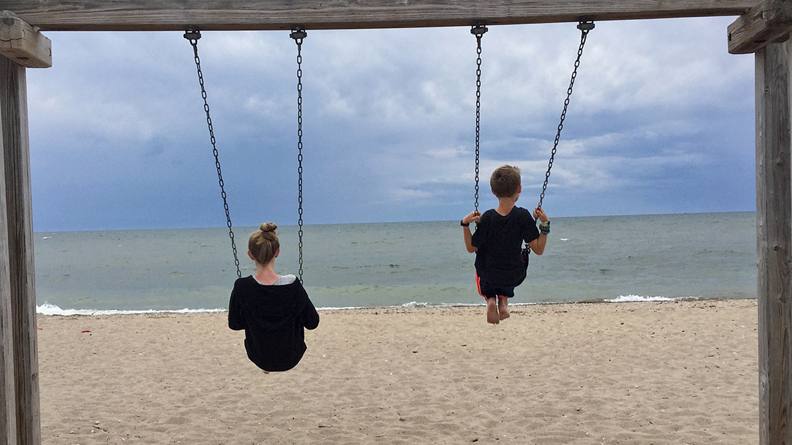 It was a sign for summer break and summer thought, there at the front of a public school near the park where we had our wedding photos taken. The children’s mother and I passed it. This is what it said: “There are only 18 summers of childhood.”

Now some people exude something of childhood’s wonder for more than 18 years. You see it in their eyes, sometimes to a good, ripe age. Still, the brevity of childhood is something to think about today, because the summer of 2020 is the summer that never was, the summer where our world was stuck in bed with a thermometer in its mouth and cold pack on its forehead, loved ones gathered around wondering how it will pull through.

It reminds me of Frederick Buechner, a fine writer, the sort who likes to share too much faith for the doubting crowd and too much doubt for the faith crowd. Not only was his childhood scarred when his dad killed himself, but as a boy Fred got so horribly sick, he was bedridden for the better part of a year.

It’s there in bed where little Fred discovered Oz. He explains, “I read or had read to me until the world where animals speak, and magic is as common as grass, and nobody dies, was more real than the world of my own room. If I had occasion to be homesick then, it would have been Oz, not home, that I’d have been homesick for, as in a way I’m homesick for, still.”

Of course, for all our ability to locate pretty much any place on Earth, where precise directions are as close as the phone in your pocket, a place like Oz is still hard to find. This, I suspect, is because many of us have lost our ability to explore like children, a loss that can leave a different scar on your life.

So I’m fully in the corner of Buechner and the children on this one. I’d rather live with some wonder, even as a lost runaway, than live a life that’s so defined and calculated that something as nebulous as, say, the almighty dollar might become your only signpost.

Now, during this summer that never was, when camps and sports and organized everything was cancelled because of the world’s great sickness, for better or worse, families were stuck with more time and togetherness and boring nothingness. But the good news is that maybe, just maybe, some good has resulted, maybe a little more courage and heart and thoughtful thanksgiving, the matters of primary interest to those yellow-brick-road travellers in Oz.

In an anxious culture it’s easy to believe otherwise, that every moment of your waking day, or your child’s day, must be planned and organized, entertained and titillated, or otherwise crammed with some remarkable purpose. But not every place on the planet lives like this. And isn’t it just as worthwhile to consider the lilies, that is the moment, and find rest in the full weight of some nothingness? Isn’t this, after all, the fertile soil of imagination?

Remember, children don’t need much to observe life keenly, if not silently. One of the most vivid boyhood memories I have of my own father is the summer day when, on a road trip far from home and business stress, I watched him laugh before he jumped into a swimming pool. Just a simple jump into the water on a summer day. I’ll never forget it.

By the way, my three teens aren’t so far from the end of their own childhood. So am I okay with a summer where they’re given a bit more of that mysterious commodity called time? Sure I am.

Time for grandparents and the beach and friends and fishing and backyard games or just sitting on some swing, never mind getting to know the neighbours who needed babysitting. It’s been time well-spent. This summer a puppy named Grace (more on her soon) even joined our family.

Which is all to say that average days can be vastly underrated. So can the life of an idler. Yes, a great sickness can sometimes lead to a great rebalancing, if not a great awakening. And that’s not the worst deal out there.