Death. Forgiveness. Rebirth. This is Easter.

Death. Forgiveness. Rebirth. This is Easter. 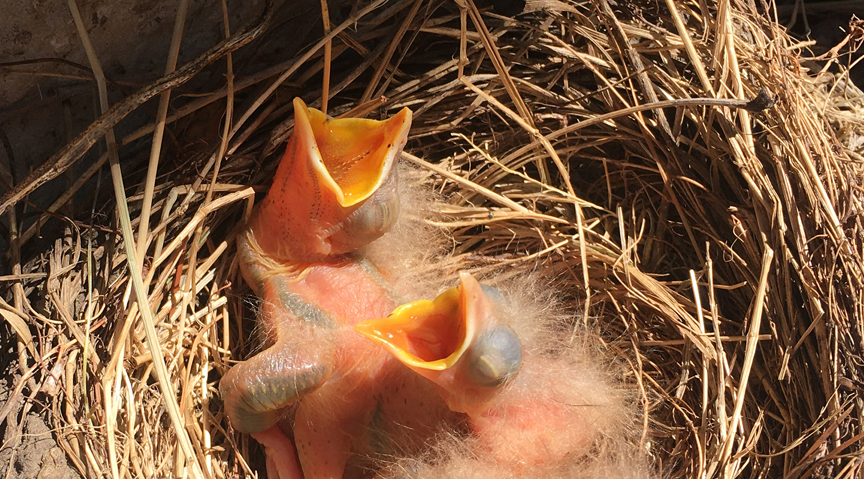 Here’s a question for Easter weekend. Here’s also a parable. And something about birds.

The question came at the dinner table from one of my girls when she was younger. This is what she asked. “What did Jesus do between Good Friday and Easter Sunday?”

First, before the answer, here’s the parable.

Finally, a friend walks by. The guy yells, “Hey Joe! Can you help me get out?” So the friend jumps into the pit. Our guy says, “Are you stupid? Now we’re both down here!” The friend says, “Yeah, but I’ve been down here before. I know the way out.”

Fans of the successful show “The West Wing” might recognize the parable. Leo McGarry, White House chief of staff, shared it with his friend and deputy chief, Josh Lyman, when Josh suffered from post-traumatic stress disorder. It’s from a Christmas episode, “Noel.”

But Leo’s parable – not to forget my girl’s question – is an Easterish story as much as anything. Christmas and Easter are that intrinsically linked. Christ was born to die, to sacrifice his life. This is the understanding of the world’s two billion Christians.

I was reminded of it at a recent funeral. Her name was Susan. She had a large career at McMaster University and an interest in improving lives overseas. She’d visit my family during our years working in East Africa.

An otherwise full woman, at her life’s end in Hamilton hospital she became thin and frail as a bird. This too can be the human experience. But even a single sparrow, according to Jesus, won’t fall to the ground without the Creator knowing.

Or consider a grain of wheat. Unless it dies, it stays alone. But if it falls and dies in the ground, a larger harvest follows. This is how Jesus explained it. Then, even at his own death at the hands of his enemies, he prayed, “Father, forgive them because they don’t know what they’re doing.”

This is Easter. Death. Forgiveness. Rebirth. Easter gives credence to these sweeping questions from life in the shadowlands. Or from the dinner table. Which brings us to my daughter’s question. Just where was Jesus between the Friday he was crucified and his reported resurrection, Easter morning?

“Well,” I told my girl, “maybe he was in hell.” It’s one understanding of centuries-old Christian doctrine.

“Hell?” my daughter said, making a face, as if an ugly vegetable was on her fork. “What was he doing there?”

Now it’s easy to have kooky images of hell (Satan in those red tights comes to mind), if not heaven. And, globally, beliefs about the afterlife vary. But polls show that in North America, even with an increasing number of religious “nones,” about seven in ten Americans, and slightly fewer Canadians, believe in heaven, while about six in ten, again with fewer Canadians, believe in hell, that is painful separation from God.

In either case, my girl then asked this. “Daddy, do you mean that if I was in hell, Jesus would find me?”

“He will,” I said. The ancient Hebrew Psalmist said as much when prophesying, “Even if I make my bed in hell, you are there.” It’s no small deal.

Now it’s spring. Finally. We welcome it with open arms. The warmth. The birds. Thank you birds, all you birds, like the helpless hatchlings I found outside my house. God knows – no, really –  what you birds are always singing about.

I imagine you’re singing the same things that birds have sung about for eons. Maybe you sing something about new life. Maybe, sometimes, you even sing about Easter. Who knows?