Even the Son of God had family complications

Even the Son of God had family complications 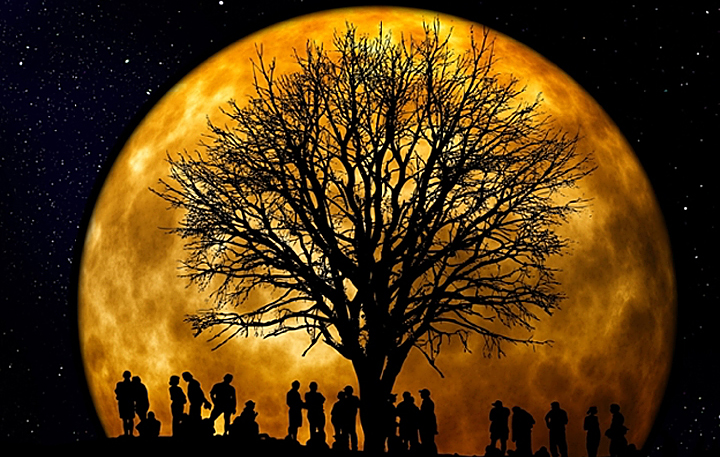 After a cruel childhood, one must reinvent oneself. Then reimagine the world. — Mary Oliver, American poet

It’s the other day and I’m on the phone with a friend in the Cayman Islands. The conversation turns to family. Family, what we celebrated earlier this week.

Of course, some of us might as well celebrate the finer points of being an executed outlaw. Sort of like in Manitoba, where, in place of February’s Family Day, they celebrate Louis Riel Day.  Just saying.

In either case, my friend Steve, who teaches in the Cayman Islands, tells me that these days he’s a little more open. More vulnerable. And more connected with his own family. “My children now know me better. I’m closer than ever to them,” he told me.

I knew Steve’s kids in Ontario as teens. Now they’re approaching 40. Two are in Alberta. One is in Ohio. Abroad, Steve hasn’t seen them for almost two years. But despite pandemic travel limits, or maybe because of them, this father is in a new, fresh season, closer to his loved ones.

I share it, with Steve’s permission, not because it’s all that remarkable. It’s not. Seasons change. Sometimes people even change. Rather, I share it because our recent conversation, our first in some years, reminded me of that season when Steve was my family. As was Kevin. And Rosie. And Terry. And Kathy. And Dave. And Roger. And. And. This is how it was when I was young and finding my legs. Estranged. Yet adopted. Shaking things off.

Or learning to. And learning that I was in good company. Even the Son of God had family complications. One day, according to Saint Matthew’s account, said family wanted his attention, very possibly to rein in the embarrassment he was becoming to them. Come on home, will you Jesus? So, to the nearby crowd, Jesus responded with one of his probing and timeless questions. “Who is my family?”

During that time I found that literature studies also helped. Because there’s nothing like story to remind you that you’re not alone. Also, I discovered other therapeutic reading, with titles like, “Secrets of Your Family Tree: Healing for Adult Children of Dysfunctional Families.”

So if you’ve had an especially hard go at things, if your home was (or is) less shelter and more storm, then take heart. The story is not over. In Africa, I’ve seen tropical rainstorms threaten to blow the entire house to Kansas, only for the sun to appear, sometimes when you’d least expect.

Yes, shake it off. And seek relationships that are healthy. Work hard for new understanding. (And it is hard work.) You’ll attract healthy people around you. Know, also, that while the world is a broken place, tears can sometimes water things that otherwise would never grow in your life.

It’s like we’re treasures in jars of clay, shaped and beautiful, uniquely ourselves with all our colourful idiosyncrasies. We’re also fragile. And easy to crack. This is the unfortunate truth of the human family. It’s filled with a bunch of cracked pots. No, really. But it’s out of these cracks where the light can actually shine.

It’s something to think about. Not that you diminish your life experiences, but you rather liberate those parts that may need liberating, then look outward to other brokenness that’s still out there. Because there’s no better healer than a wounded healer. And, in my own view, there’s no higher calling.