FaceTime during African sunrises and other musings

FaceTime during African sunrises and other musings 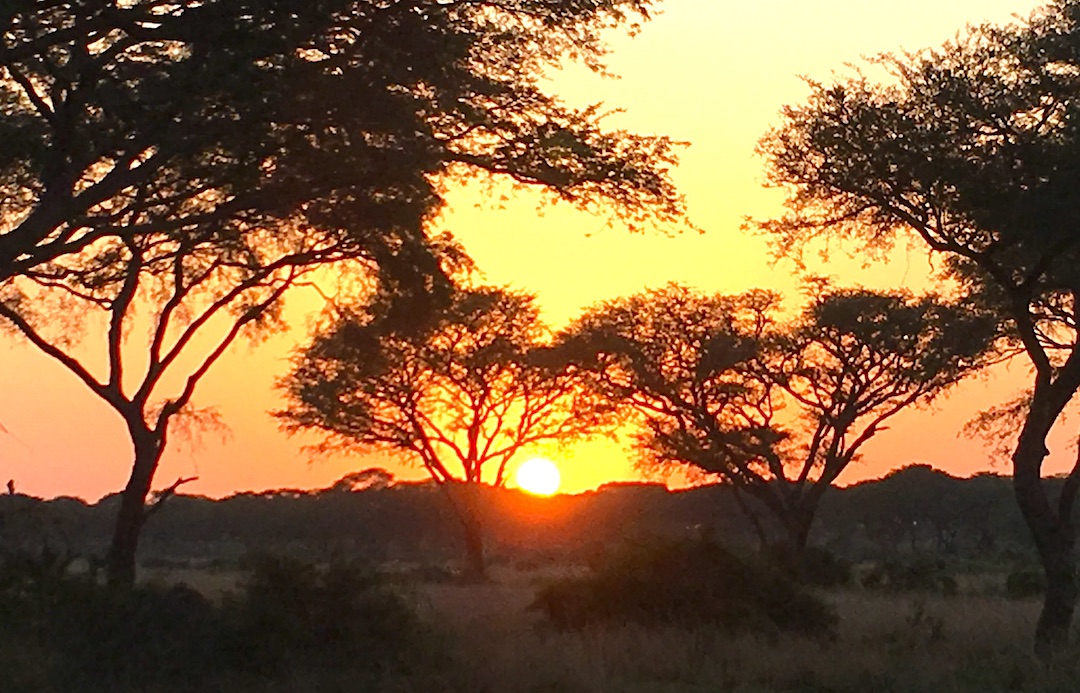 MUKONO, UGANDA ✦ This morning I FaceTimed the family.

Child Number 1, a musical girl, was having sinus pain. So I looked up there and noticed Taylor Swift and a hall of high school girls having a party. Looks like they’d moved from my daughter’s inner ear. I suggested this may be causing her pain, but my daughter said, no, it must be something else, but thanks for looking, and thanks for the time, but her friends were waiting.

Child Number 2, the boy, was in his room when the phone was put in front of his face. He was standing on his head while eating a bag of Doritos and doing homework. The boy is easily bored and likes to try new things. “Hi Dards!” he said, waving happily, before I heard a crash and was left watching what I think was his goldfish wriggling out of a wet sock. “Love you, Dards!”

The phone then went to Child Number 3, that is Teen Number 3, the girl we found here in Uganda some years ago. She now resembles Spicy P, Pascal Siakam. In fact, if you took my daughter’s head and put it on Spicy P’s body, you’d be hard-pressed to notice any difference. My daughter, in her new Raptors jersey, said, “Watch this, Dards!” before slam-dunking what looked like someone’s puppy through her bedroom ceiling fan.

Finally, the children’s mother. Her pretty face was smiling like always. This, even though it appeared that a nine-inch nail was going through the middle of her pretty head, left-to-right, ear-to-ear. “Babe!” I said. “How are things?” Fine, yes, but she had a headache and, except for the usual stress at work, wasn’t sure why. “Sorry,” I said, feeling slightly guilty for being away.

These are my recent mornings: 1 — Wake. 2 — FaceTime the family to say what’s “good-night” over there. 3 — Open the eyes. Which is to say, I’m a little groggy in these early-morning calls, so I may not be seeing everything perfectly clearly. Then I watch the African sunrise.

Yes, when you’re a daily dad so far away, it’s good to be living in 2020. Our forbearers, communicating laboriously in caves with little more than HB pencils, would be entirely taken by it all: tele-this and digi-that, eventually Yours Truly pressing a little green circle on a hand-sized screen to see a desired face on the other side of the ocean. Free.

When the children’s mother and I started dating, with a small bank loan you could use what’s called a telephone land line to communicate Yemen to Canada. Prior, from Kiboga, in rural Uganda, she’d call Canada with a satellite phone. You’d lug it outside, open it like a small suitcase, then, under the stars, move around to find reception.

And all this wasn’t long ago. In fact, today, Jan. 25, is the day of the first transcontinental land line call, in 1915. Alexander Bell, in New York, called his former assistant in San Francisco, repeating his famous words, “Mr. Watson, come here. I want to see you.” Bell’s voice travelled along 2,500 tons of copper wire and 130,000 telephone poles. The joke is that it would take Watson five days to reach New York, longer than it would now take my kids to get to my Ugandan guest house, where I sit barefooted with these sunrises.

Yes, things change. This is what I told the children, one at a time, on New Year’s: Day 1 of a fresh decade, the day I flew off for this brief African stretch. If the universe unfolds as we expect, we’ll see (if we’re awake) 3,652 sunrises by 2030. And God only knows, in 2030, where you’ll live. What career you’ll be in. What relationship you may have. This is what I told each child. Even when — especially when — you can’t see things perfectly clearly, God knows.

And isn’t this enough to herein also wish you, dear reader, a Happy (belated) new year? And Happy New Decade. I hope you do catch some sunrises. And, yes, do enjoy the ride, even in the face of it: the uncertainty of any human life, never mind the unclear ways of technology.