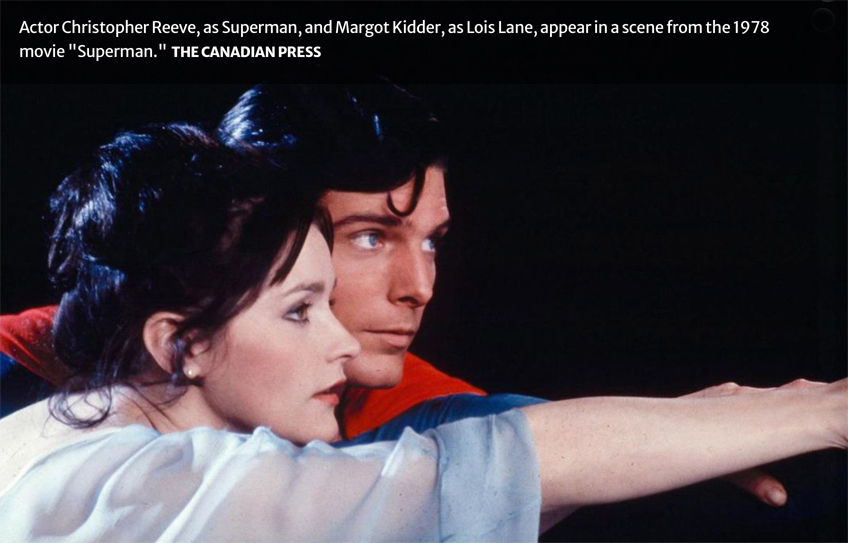 My relationship with Superman is not what it used to be. I now feel closer to strangers on the news. Like that nurse. More on her in a minute.

But when I was a boy, Superman was like God. Faster than any bullet. More powerful than a train. That’s Clark Kent, a shy Daily Planet reporter, secretly wearing that big, bold Super-S under his shirt. Flying through the air was really something. He’d lift a car, sure, or bang heads of some knucklehead criminals to keep Metropolis, and the world, safe. But, gosh, that flying.

And all this is based on life so close to home, on Toronto and the Toronto Star. It’s what Joe Shuster, a former Daily Star delivery boy, had in mind with Metropolis and the Daily Planet when he cocreated the epic superhero for 1930s comic books.

Later, on television, Superman was actor George Reeves. He flew through the air and showed his heroics in the 1952-1958 show Adventures of Superman. I’d sit close to watch the action in the reruns that still appeared into my boyhood in the 1970s.

George Reeves had a hard go in real life and died from a bullet to his head. It was suicide or accidental or, very possibly, murder. As a boy I didn’t realize this. Even into adulthood, our relationship, if you can call it this, stayed strong. On dusty roads as far away as Yemen, where I lived and worked after 9/11, I’d still listen on cassette to Don McLean’s song Superman’s Ghost.

Naturally, other Supermen, other actors, came along. Like Christopher Reeve, the striking American who lived out his days in dependence and dignity as a quadriplegic after a 1995 equestrian accident. Superman in a wheelchair. This too was really something.

It’s good to think about today, this need for superheroes. In recent years it seems they’re around every cinematic corner. But the world has common heroes too, people who are heroic because of how they respond in shaky times. Now that the entire world is shaking, we’re seeing more of them. Like that nurse I mentioned.

It’s New York, and she’s outside her hospital looking deadpan into a news camera. Then this nurse says this: “I’m in my 20s and I’ve just written my last will and testament.”

I’ll never forget it. It was a moment in time, just a moment, not unlike ten million other moments. But it was a moment of skin and bone and sinew and frailty, the antithesis of a steely Superman moment.

I once took my eldest to New York. There we go, the two of us. She’s 12 years old and it’s midnight and we’re flying on to elsewhere, pulling our wheeled luggage through Times Square. With just enough time for a meal, we visit Ellen’s Stardust Diner where waiters and waitresses, Broadway hopefuls, will stand on tables and sing for you.

Look at New York now. There’s no singing on any tables. Instead, mass graves. And that nurse looking into that camera like she’s looking into the eyes of death. My daughter is now 16 and is herself interested in nursing. More so, there’s my beloved, my children’s mother, a longtime Hamilton obstetrician. Dedicated to bringing new life into the world, she goes to the hospital, day and night sometimes, COVID-19 threatening no matter what time the clock shows.

These are today’s common heroes: our nurses and doctors and caregivers, among others. Then there’s your mother. Or father. Maybe aged, like mine. Maybe afraid to live, or die, alone, no hand to hold. Common heroes don’t realize who they are. That’s why they’re heroes.

Today it’s Superman’s birthday. On April 18, 1938, he first appeared on Joe Shuster’s first Action Comics cover-illustration. There he is, effortlessly lifting a green car over his head. In 2014, its 10-cent price still affixed, an original of this comic sold for $3.2 million. It’s the most expensive comic ever. Such is the power of myth.

But Superman won’t fly in to rescue you or me today. Or tomorrow. Or next week. Or ever. Because we’re not given Superman. In his place we been given someone else. Someone more fleshy. More bloody. More human. And more valuable. We’ve been given one another.