Hope and compassion during time of COVID-19 terror

Hope and compassion during time of COVID-19 terror 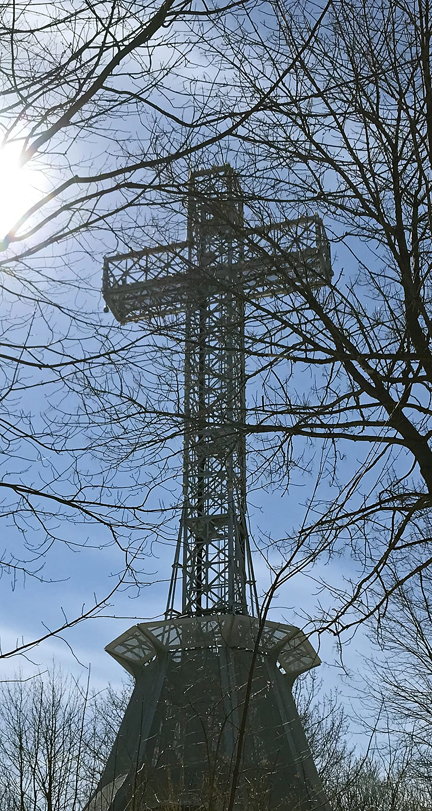 “A time is coming, and, in fact, has come when you’ll be scattered, each to your own home.” — Jesus of Nazareth

When I was a boy we rarely attended church because my father thought church people were a bunch of phoneys. Still, he had enough sense to give us kids a decent idea of the Creator God, human sin, and eternal forgiveness, through Sunday morning TV-lounging when, often half-asleep, we’d watch services.

I grew to realize that church on TV has phoneys too, as do other religions, never mind the religion of secular-humanism, where you can be God. No, you don’t need to be religious to be a phoney. Phoneys, that is fake people, like fake news, can come from anywhere.

Thanks to COVID-19 and proper distancing, Sunday mornings I’m again, maybe like you, lounging at home in front of services, with my own family, local ministers now livestreamed sometimes to thousands worldwide. We’re all in this, all this fear, together.

Certainly fear has been around since the dawn of time. Jesus and the horror writers both say as much. Speaking into this, now heading into Easter Week, is the above quote from the Gospel of John, attributed to Jesus. He had said this to his closest friends. When he needed them most, they’d fearfully bolt and scatter home. Their world was shaking to its core.

That time, not unlike today’s news, was a time of powerful fear and horrible suffering. Then the story of that bloody cross, the brutal Roman cross that Jesus died on one dark Friday some 2,000 years ago. And the story of what later came of it. Remarkably, it’s all easy to miss.

Recently, before common travel collapsed, I was at Mount Royal, the hill overlooking Montreal. “Go to the cross,” my very aged, house-restricted father told my family when learning we’d be in Montreal. For him, Mount Royal’s cross is a life marker. A marker of love. (My father met my mother nearby at Royal Victoria Hospital.) And a marker of suffering. (Their marriage eventually ended with tragic death, shared often enough in this space.)

“If there’s one thing we can tell Opa before he leaves us, it’s that we went to the cross,” I told my children and their mother, hiking there. Remember, Mount Royal’s cross is no small cross. It’s 31 metres tall. Signs point to it. We’re neither blind nor stupid people. Even so, we missed it. Got distracted. Walked right past. Only found it after asking, then backtracking.

Which is to say, if you’re now, broadly-speaking, looking for Christ’s cross, stay alert. Maybe it’s hiding in plain view. It’s not about some club or membership, as important as bricks and mortar institutions are to society. It’s about what’s historically been called The Way. Asking for it. Journeying into it.

It’s easy to run in the opposite direction. We have human fears and dark sides. Regardless, this God, mysteriously, pursues us. Then, if you’re lucky, a reckoning with your phoney false ego, a working out, even slowly in fear and trembling, into your truer dependant self. You let go. You unlearn.

Eric Hoffer, a street philosopher, has this related thought: “In times of great change, learners inherit the earth, while the learned find themselves beautifully equipped for a world that no longer exists.”

There’s more. Just after telling his friends they’d scatter home, Jesus said this. He told them not to fear. Like telling a drunk to stop drinking. A hypochondriac to stop imagining. “In this world you’ll have trouble,” is what he said. “But take heart. I’ve overcome the world.”

Then, reportedly, that first Easter morning, Jesus rose from the dead. Then all the unexplainable appearances, repeatedly, to friends and strangers alike. He then said that none of this is the full story. No, death is not the end. On the contraire. Death is the beginning. Don’t be afraid. God is for you. Not against you.

We’ll still be scared $!+-less. Who wouldn’t be? But this message of hope and compassion is not only timely heading into Easter Week. It’s what we need in the midst of COVID-19’s terror.