Learning at the school of life

Learning at the school of life 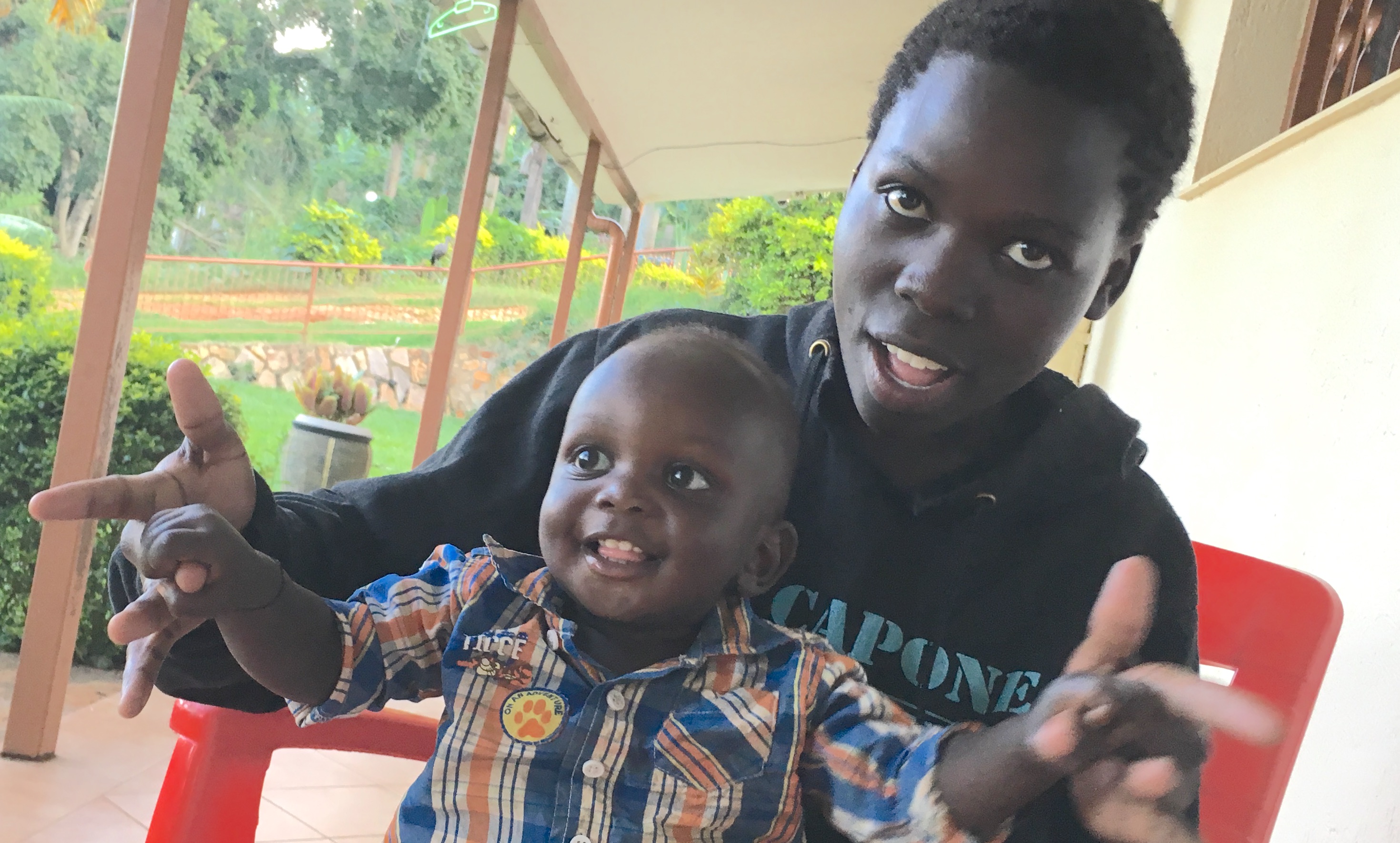 MUKONO, UGANDA – Andrew Thomas is the little boy who smiled and played with my hands the first time I met him outside the university guesthouse where, these days, I have my meals.

There, from your side of the ocean, my own children, along with their mother, watched and said hello to Andrew through a video screen. You’ll recall that my children, the three of them, call Canada home but grew up largely here in Uganda.

You might also remember little Andrew’s mother, Gloria. She’s the Ugandan who was once introduced in this space one Saturday, a family friend, a fatherless and often vulnerable girl who, long before we’d have imagined, is now a mother. And, it seems to me, a mother with courage. She’s 16.

Yes, simply delivering a child in this part of the world requires a certain brave spirit. When you deliver in Uganda, in fact, it’s said that you’re going off to war. About 6,000 Ugandan women die in childbirth every year. This is the risk. How much more when you’re an underdeveloped child yourself?

Now consider the courage to carry a life to term when it threatens the only hope for your future: your education. Even when not pregnant, girls in many developing nations, oceans of girls, about 65 million worldwide, don’t attend school because they’re from homes that are, sure, poor, but also homes with the attitude that a girl is, you know, just a girl.

With no father in Gloria and Andrew’s picture, consider also the hot shame. It can be as expected here as the hot sun. Pregnant students in enough African schools, even certain universities, are expelled.

As you might imagine, grandmothers here know their own courage. Millions of African grandmothers helped raise an entire generation of children when parents perished at the height of Africa’s AIDS pandemic. In Gloria’s story, so she can continue in school, it’s now her mother Helen who’s helping Andrew with his day-to-day needs.

“He just needs some bedding,” Helen told me that day I met 11-month-old Andrew. “And a mattress.” I slipped some shillings into her thin hand, feeling both privileged and inadequate. Then there’s Gloria’s school fees, now due after the long annual school break, November to January. This, for tuition and so-called “requirements,” the most basic of school and personal supplies.

Speaking of courage, my children have mustered their own. As you read this, today, they’re navigating several airports and jumbo jets, this for the first time, without their mother, or myself. The professional help of the airline is there, instead. Yes, these brave fliers – Elizabeth, 15, Jonathan, 13, and Hannah 13 – arrive here tonight to their former African home.

They’ll join me and unpack what they’ve brought, in particular carefully-chosen gifts for Gloria and her young boy. My eldest, Liz, who’s been closest to Gloria, even brings a song, self-written and recorded, for mother and child. A song. Something to help keep the shadows at bay and fight off the monsters under the bed.

What the children are really bringing is celebration. Celebration of life. And friendship. And family, such as family can be.

While here, my three will see other friends, some of them privileged expatriate children who, sooner or later, will also return home. They’ll see other children at a familiar orphanage. And they’ll see the striking African sunrise. And the green hills by the blue-roofed house that was home. They’ll see how some things are not what they were, and how this too is life and needs courage to work through.

No, this is not Kansas. It’s no fairy tale as you journey to find that courage, that heart, and those wits that you, dear Africa, need to get through your days. Even so, there’s a certain beauty here. I see it. And I’m not the only one. This is the paradox. How ordinary time, even difficult time, can be so richly infused with what is holy.

To see some of this, to return to it after being away for a couple of years, my children are missing some of their own schooling back in Canada. But, it seems to me, it’s a worthwhile trade-off to be back in what is, more than anything, this school of life.