Mothers and their babies living in risky times

Mothers and their babies living in risky times 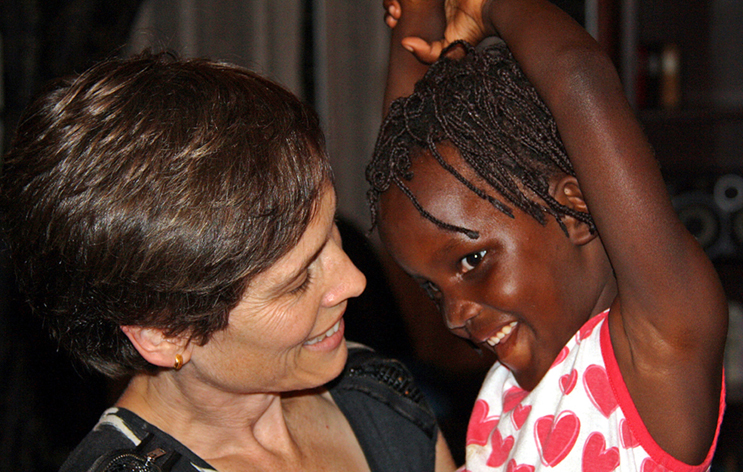 So Darling Doctor Wife, otherwise known as Dr. Jean, recently came home from an off-duty visit to labour and delivery to see Hosanna Froese, a preemie who arrived in this world eight weeks early. Hosanna’s mother, with COVID-19, isolated at home while tiny Hosanna, all 4.1 pounds of her, started life not at her mother’s breast, but in neonatal intensive care at St. Joe’s Hospital.

Hosanna’s parents – Hamiltonians Preeti and Ben Froese – chose Hosanna as a name to express the joy and praise that comes with birth. But the tiny child became a reminder, if anyone needs reminding, that this Mother’s Day moms and newborns are living in risky times.

Of course, even with no global pandemic, mothers in the majority developing world face deadly risks. While deaths in childbirth are reducing, annually about 295,000 mothers – often girls barely past childhood – still perish from complications otherwise now readily managed in richer countries. All those motherless children, among the world’s estimated 140 million orphans.

So my household paid attention to the Froese family news because, while we’re not related to Hosanna, we share her surname. Also, my family has its own stories of mothers and separation, starting with Hannah, our youngest, that is Child No. 3,  who’d already known some bumpy roads by the time Jean and I found her in Uganda.

Hannah’s birth mom, an anonymous, traveling university student unable to care for a newborn, left her rural Ugandan hospital delivery bed with a request to the effect of “Take care of my little girl. It’s all I ask.” So Hannah received her name later from other caregivers, other mothers, if you will.

All this before Jean and I met her as a three-year-old at a Ugandan orphanage. There she is walking to us, looking like the saddest girl in all of Africa. Looking up, she taps the tall guy, me, on my leg. “Who might this be?” I asked, looking down. “This is Hannah,” we’re told. “Anna?” Jean asked. “No,” we’re told. “Her name is Hannah.”

Which is something, because for some time Jean and I had been wondering and wanting, praying and looking for a Ugandan girl we might adopt, a girl we could name, fittingly-enough, Hannah, to honour my own mother, who I last saw alive when I was just a toddler myself. Her name was Hannelore, that is “Hannah Laura.”

Five years after that orphanage meeting, after fostering her for those years in our Ugandan and Canadian homes, that brave little girl named Hannah, that is Hannah Laura Mirembe (Peace) Froese, became a full and legal member of our family. That news – the rollercoaster wait took a couple of extra years – came to us on Hannah’s 8th birthday. How serendipitous.

I mean, what are the odds? One in 365. And the odds of a girl named Hannah finding us, not us finding her? As countless as the stars? Such are two bookends in one child’s story, a remarkable confirmation of what any of us sense in our best moments, that we don’t just accidentally fall into families any more than we accidentally fall into existence.

Hannah, as cheerful as a spring day in this photo from when she’s four, is now 15. This Mother’s Day, like any day, she brings that fuller understanding of mothers to our family, even as she’s now on her way to become a beautiful young woman.

But, really, whether you go by Hosanna Froese or Hannah Froese or any other name under the sun, we’re all family, anyway, all cut from the same stock, the same tree of human DNA. This is the funny truth of it.

Shortly after Jean came home and shared about Hosanna, she also shared how a colleague had just lost her mother to COVID. Further, in the time it’s taken you to read this, several of those vulnerable moms in the world’s poorest nations have died giving birth. Life is that short.

So honour the mother, or mothers, in your life. Now is a good time to also consider helping some of the world’s most neediest moms who aren’t all that far away. One way is through Save the Mothers, the Canadian-Ugandan charity founded with Jean’s guidance during our Ugandan years. Learn more at www.savethemothers.org