On the road in Canada’s open arms

On the road in Canada’s open arms 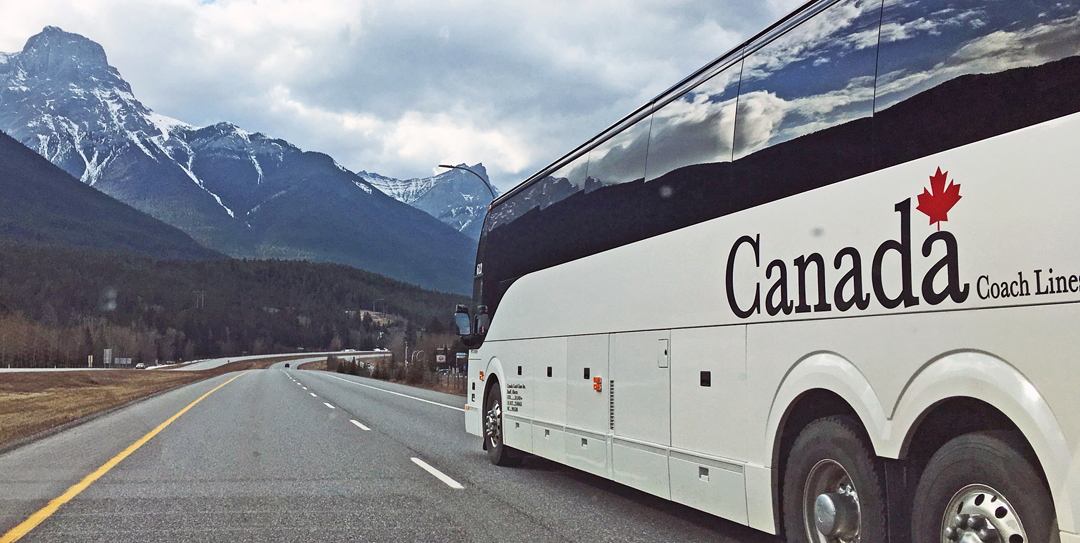 BANFF, ALTA – He’s my brother and he’s beside me and in this moment nothing else matters. Except, of course, Hannah, my daughter. She’s 12 and in the back seat. And the nearby bus. The bus matters.

The three of us are on Highway 1, the Trans-Canada, in Alberta. Earlier I’d driven with Hannah from Saskatoon where we visited a friend last seen at my wedding 17 years ago. Now, with my brother, who I last saw four years ago, we’re approaching Banff.

Hannah, you may recall, is Ugandan-born and has a story. I’ve brought her to see the mountains and my only brother. He too has a story. He’s Hamilton-born, but for some years has lived in the west, where the traffic is lighter and the skies are bigger.

The air is fresh. It’s healing. We approach the mountains, their bosom, strips of snow and pockets of pines visible. The bus is beside us. A highway coach, it has “Canada” printed on its side. I step on the gas of our Ford rental so my brother – his name is David – can get the photo. It’s a fine moment. It reminds me of another trip and another bus from another time.

It was 1995. That summer I’d ridden the train from Toronto to B.C and the Pacific Ocean, stepping off now and then to get better acquainted with our nation. Later, in October, Canadians from everywhere, 100,000 of them, boarded their own trains and buses and whatnot to gather at Place du Canada in Montreal before Quebec’s referendum on independence.

Had it not been for so-called T.R.O.C., that is The Rest of Canada, flying into all that like some wild bird showing its love for the entirety of our country (three days later Quebecers voted 51 – 49 per cent against independence), the nation as we know it may not have survived.

I was at that Montreal unity rally. Then I scripted the story back to my Ontario newsroom through a clunky old cell phone while in back of the returning bus, sitting on the john to be precise, on the lid, the only quiet spot on the same sort of coach that just passed us here on the Trans-Canada. A crazy memory and a crazy ride, for sure.

But it’s true. Canada has a soul. It’s a soul of healing. Of refuge. It’s in our nation’s fabric even as it’s in its mountains and lakes and forests with their healing leaves. This is our flag. And it seems to me it’s easier to see it in today’s rest of Canada, that is the Canada that’s outside the hard-at-it GTHA.

Science is now unpacking this, confirming it, what Canada’s first peoples have always known, this return to an older understanding of how creation helps give body and mind what we need. Today it’s called ecotherapy, a burgeoning field in a time when people around the world are urbanized much more and outdoors much less.

So consider this a doctor’s prescription. Get out. Often. With friends or family. Or not. Just go. Relax. Studies show that even 15 minutes in the woods helps lower your cortisol, a hormone that, if too high, is harmful in all sorts of ways. Get to the healing forests at the end of your street. Or the edge of town. And if you can, get right out of this region’s urban and urbane confines.

The rest of Canada can also show a gentler spirit, a spirit where people smile more and look you in the eye more and help you easier. “People here are more open hearted,” is how Kevin, my long-time friend from Saskatoon put it. He’d lived in Ontario for 10 years. Other former Ontarians remind me of the same.

My brother is one. My brother with the story, a story as hard as any mountain. Of course it’s not for me to share. What I can say is that when he took the photo that you’re now looking at, and when I learned more about some of his other soulful experiences in this open-armed, outdoor playground, I knew he was in a good place.