Saving mothers, one modest step at a time

Saving mothers, one modest step at a time 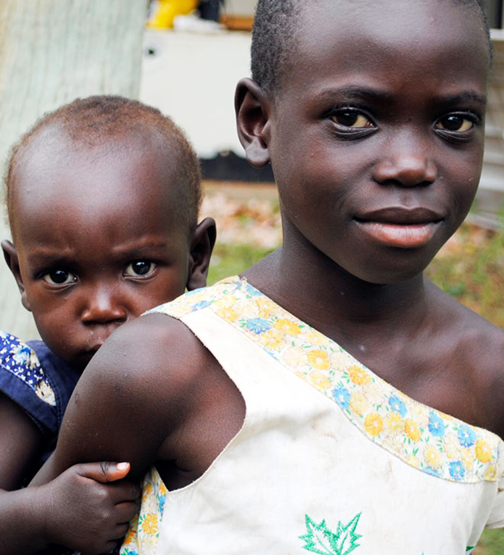 If you’re a woman about to deliver a child in that part of the world, this is your fate. Imagine it. You’re young. (Younger than most Canadians can imagine.) You’re poor. You’re alone.

Alone, because war easily leads to death. And death is the one experience that any soul, anywhere, will face alone. This much you realize. Yes, this Mother’s Day could be your last day on earth. Or maybe not. You’re hopeful.

You bring your hope to a local Ugandan hospital. It’s nothing like in Canada. Many African women, in fact, believe it’s the one place where the war will be lost. But that hospital might have what any mother needs: a birth attendant with skill, especially in case of emergency, and some basic medicine.

So you arrive with your bucket and scissors and gloves and gauze and fear and hope bundled together. There are other sad-eyed mothers-to-be, barely out of the playground – one in four teens in Uganda are pregnant or mothers already.

There they sit and lie, balloon-bellied, like thousands upon thousands in developing nations, on the floor, waiting for the pain and all that will unfold, this without the dignity of even a bed.

Some newspapers tell of the dangers, how the blood of life can drain so easily from even the strongest of mothers. In a rich nation like Canada, in one year, the number of mothers perishing in childbirth is about the same as mothers dying in Uganda every single day. Every. Single. Day.

Years ago, when I first arrived there, you could open a paper for months without seeing anything about this. Now, in 2017, Uganda’s president talks about it. School kids sing and dance about it, to educate others. African media is telling the story.

My wife – a St. Joseph’s Hospital obstetrician known simply as “Dr. Jean” in places like Uganda – has had a hand in this. Seeing some of the world’s neediest mothers years ago, she imagined something. She imagined things can change. She imagined they can turn around.

She told others. Some caught the vision. Then, in Uganda, she planted a seed, a program named, suitably enough, Save the Mothers. Her team of Africans and Canadians and others got to work. That was 2005.

Since then, 450 East African professionals – parliamentarians, journalists, educators, activists, clergy – have studied in this university-based program. Its genius is training indigenous Africans to lead their own grassroots change, starting with new cultural attitudes.

Now Uganda’s government reports that from 2011 to 2016, that nation’s rate of maternal deaths fell by about 25 per cent. That’s thousands of lives of women who, in a way, are our neighbours. Your neighbours. It’s a remarkable story.

“It’s a great gift for you to leave with,” is what one reporter said before my family recently said good-bye to our Ugandan home. And it is.

Even as Save the Mothers and other organizations involved in maternal and child health know there’s more. In 2017 about 5,700 Ugandan mothers will still perish during delivery. Across the developing world that number is about 230,000.

But then these steps of change. Even modest steps.

My wife is not a tall woman. So tomorrow morning, at the Dundas Driving Park, as usual on Mother’s Day weekend, she’ll stand on a picnic table and talk about it all, in warmth or cold, about that hope and dignity and grace needed by any mother or newborn anywhere.

Then locals  will walk and run and roll around the park in a fundraising and awareness event called Steps to Deliver Change. What started in Dundas is now birthing and growing elsewhere. In Stoney Creek. In St. Jacobs. And Vancouver, Calgary, Toronto, Montreal, St. John’s and, this Mother’s Day, a dozen other cities.

That’s good news too. So good that you might be there to learn more and take your own steps.

Learn more about Save the Mothers and its walks at www.savethemothers.org and watch “Step Forward This Mother’s Day.”