Seeing some things half clearly

Seeing some things half clearly 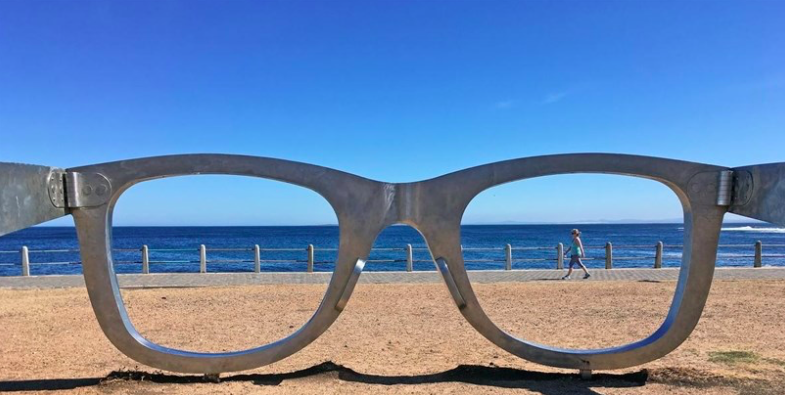 MUKONO, UGANDA — “I see you’re aging gracefully.” This is what he, an old Canadian friend, now overseas, said after seeing my photo complete with beard and glasses.

In truth, the beard comes and goes like pages of a calendar. I shave. I don’t shave. My bride, that is my young looking wife, comments on this. And the glasses? They’re for reading and writing only. Furthermore, they go, often enough, when I lose them.

Lost in the lounge of Toronto’s Billy Bishop airport, dropped, possibly, while getting said bride a latte. Or, prior, lost in an African hotel after reading sleepily with a glass of wine. Before that, lost while leaving a plane from Calgary. And before that and before that, all the glasses lost. Good grief.

There are worse things to lose. Like your dignity during unruly flight behaviour. According to the note-takers, it’s increasing. Drink too much and next thing you’ll be threatening the flight crew with your prosthetic leg while demanding cigarettes and a parachute, such as one 48-year-old woman travelling from Tunisia to Edinburgh.

But I digress. We’re talking about eyewear and how I should upsize my glasses and keep them on some sort of giant leash because they’re like Rex, my dog when I was a boy. There I am, the white-haired boy wandering the neighbourhood, again, calling my dog’s name over and over — he was a sizeable German shepherd — because he’d run away so often.

Before Rex, I was the little cross-eyed boy who’d have an operation. But now when I visit the eye doctor and look through the viewer at that little red barn or those alphabet letters, it’s just to get new reading glasses because, you know.

So about this business of aging gracefully. Is it related to seeing clearly? Maybe. And I suppose this is the point of today’s rumination, which happens to fall near a certain 30th anniversary.

Yes, my first day for my first newspaper employer was the first day after New Year’s 1989. That day I officially fell into newspapers with about as much planning as a man turning a corner and falling down a manhole. Happy anniversary to me. And what have I learned? That this vocation requires, if nothing else, an ability to see at least some things half clearly.

Of course, as you age things have a way of getting muddier. When you’re young the air is fresh and the sky is blue and the horizon is never ending. Later, things look more like bloody England.

So now I’m like the writing dude who wanders through this foggier place wondering when he will either A) run out of new, worthwhile things to say, or, B) unwittingly repeat the same old things, or C) say new things that are so ridiculous that people will just smile with endearing pity when seeing you at the supermarket. (Which, it seems to me, is the best option.)

In either case, I’ve just flown over the ocean, and, by some remarkable stroke of destiny, my glasses (and laptop, almost lost in airport security), are still with me. Now I’m preparing to teach a class, American literature, about similar ideas.

In fact, in literature, glasses are sometimes used to make a point. Some character removes their glasses. Wipes them. Puts them on again. Or what about the enormous billboard-sized glasses of Doctor T.J. Eckleburg in The Great Gatsby?

Here at my old university home, this lecturing assignment is one of good fortune. If 30 years ago you’d have told my younger version that I’d someday be flying off to Uganda to teach literature, I’d have raised an eyebrow. Interestingly, several of my students are teachers themselves, at high schools, East African professionals looking to still get a leg-up with a postgraduate degree.

Which is to say that they’re young, but not that young. And, being students who are inquisitive and open but also mature, maybe, in a way, they’re also aging gracefully. This would put us all at home with ourselves. Which is a good place to be when you’re an aging, wandering dude visiting from afar.