The bicycle is the great leveller

The bicycle is the great leveller 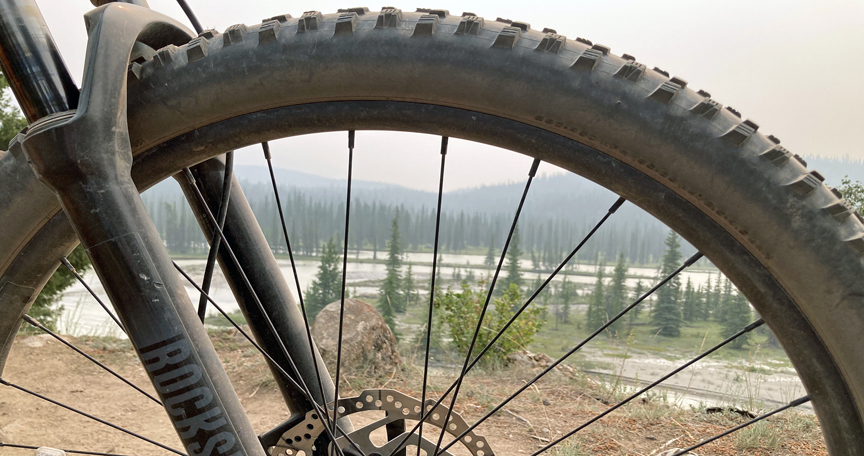 JASPER, Alta ✦  My relationship with the bicycle began as a love affair in my backyard on a small, grassy incline that might as well have been the Rockies. I was a boy, the bike was my blue bomber, and you can imagine the rest.

Now, starting in Alberta and the Rockies, I’ve been showing Western Canada to my daughter, my eldest. The two of us are covering several provinces, including biking in the mountains because there’s no better way, it seems to me, to explore new ground. We, the family, have already done so here and there over the years.

London and Jerusalem come to mind. En route from East Africa, we were nearby, sort of, anyway. My boy, in the cold rain, wiped out – we thought he’d broke his leg – while on our Sound of Music tour in Salzburg. In Paris, the three Chumbuckets, then young and short-legged, peddled hard while midnight approached in sight of the Eiffel Tower. Boston, with nearby Harvard, was a tour for just their mother and myself.

Back home, our garage holds our family bikes, a couple of them vintage Gary Fishers, one called “Sugar,” another “Cake.” They’re nearly as old as the 20-year marriage that my bride and I just celebrated. For sure, it’s hard to get through summer without talking about the mighty bicycle. The humble bicycle. And that relationship.

Of course, anyone can grip a bike’s handlebars. Or sit on a bike. Or look straight ahead. Pedaling isn’t so difficult either. The challenge is doing it all at once while keeping balance. But, good God, once you get that balance you can go anywhere. You can see things with freedom, often closer and clearer, even through air that’s smokey and hazy from Western forest fires.

For sure, the lungs of this old world, not to mention your and my lungs, would be in better shape if we used two wheels as much as four. About seven in 100 Canadians bike, or walk, to work. People in swaths of Europe, Asia and Africa, however, have a far closer relationship with their bikes.

In Holland, where, by the way, most people don’t wear helmets. one-quarter of work commutes are done by bike. Shanghai, China (granted, not the least-polluted city on Earth) has about 10 million bikes, about one for every second person. And from personal observation, I can tell you that few things are sweeter than watching an African boy and his bike.

In rural Congo I once photographed such a boy, light shining just-so on his face, with other kids and one of those tall, single-geared papa bikes, seat as high as the boy’s armpit. Consider that in this boy’s life, and his family’s, that bike might be their most prized, if not most practical possession. That bike would move not just you, but your bed or your goat or your harvest.

Which, maybe, is why I’ve found it easy to fall in love with this way of getting around, this underrated force for good. The bicycle is the great leveller. It returns life to its natural pace. When pushing those pedals hard, you’re reminded of humanity’s common need for, if nothing else, oxygen. It’s a truth that can hit you like when the ground rushes up to meet you.

And who of us, if we’ve tried riding over terrain that has any worth at all, hasn’t tasted the earth? Hasn’t wiped out? Lost balance. Certainly in pandemic days some people have lost their balance. It’s the government, no, the media, no, no, it’s Bill Gates, for sure, who’s out to get us. Have you had the hopeless discussions?

Besides public mandates – “no vaccine, no service” is a reasonable one – we need the wisdom of Solomon to now keep going. “Give me neither poverty nor riches, just my daily bread,” is what he, Solomon, once asked for in his own life. A man who tried wild excesses, he at least knew, eventually, better. For the rest of us, we now have the bicycle to help us.

Keep moving forward, it says. Don’t look where you are, but where you want to go. Keep your head up. It all helps your balance. But do have fun with it. Life’s too short not to enjoy the ride.