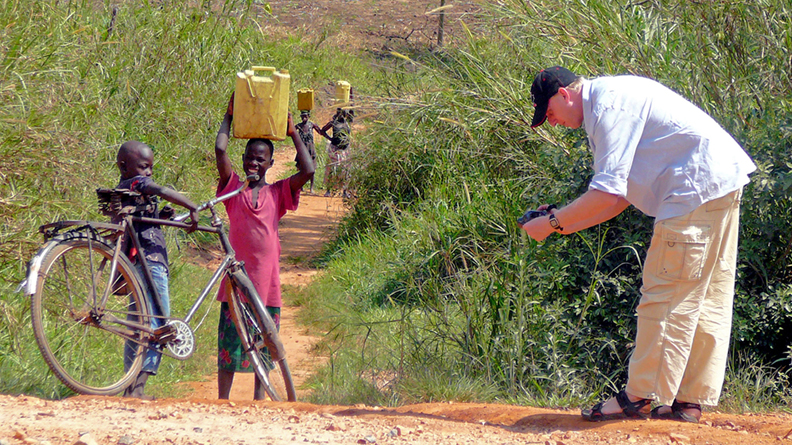 We thirst. I was reminded of it in a recent email from a Hamilton friend in Nigeria. He shared how during dry season it’s hard to find clean water, whether in towns and cities or for the masses living in bush areas. He said it as plainly as anyone can. “Water is life.”

It is. We need water like we need air. The human body, made largely of water, needs it even as our spirits need refreshment. When we seek God’s presence, and come up dry, says the ancient Psalmist, it’s like our “soul thirsts in a dry, worn-out, waterless land.”

Nigeria, a nation of 206 million people in West Africa, is one waterless land. It’s not alone. And it’s something to pause on, with the UN’s World Water Day around the corner, Tuesday. It’s a good time to walk to the kitchen, get a glass of water, and look at what we have in-hand.

Canada, you likely realize, has good fortune. Our nation has upwards of 20 per cent of the world’s surface freshwater. We can give. Among the world’s largest exporters of agricultural products, composed largely of water, even without direct exports Canada already gives.

Such fortune isn’t everywhere. Fifteen million rural Ugandans, for example, walk, on average, three kilometres just to reach water. Then it might be contaminated. Think hand-dug wells or unprotected springs or ponds or swamps tainted with what’s otherwise in your toilet. Remember, about two billion people on this planet – that’s billion with a ‘b’ – have no toilet.

So, today, about 750 children, five years or younger, who otherwise should enjoy another Saturday in their childhood lives, will perish. Before the clock strikes midnight they’ll succumb to one disease or another from contaminated water. That’s about 270,000 dead children every year, more than seven times the number of Canadians who have died from COVID-19.

Besides Nigeria and Uganda, other waterless lands, the Bottom 10 so-to-speak, include Papua New Guinea, Pakistan, Ethiopia, Chad, Congo, Mozambique, Tanzania, and Somalia. Do they seem far away? They’re not. Just a couple of flights.

Thanks to water and health organizations, there’s progress. One-third of Nigerians had clean water 15 years ago. Now half do. Still, some places will never have the favourable geography as others. Switzerland, for example, in the rain-filled Alps, often has the world’s best tap water, originating from natural springs and ground water.

To be clear, then, there’s no global water shortage. The issue is distribution. And stressors: dry seasons, climate change, urbanization, and increasingly intensive farming. Consider the world’s rising rate of meat consumption. It takes as much as 1,300 gallons of water to produce a single quarter-pounder. A loaf of bread? Just 150.

It’s something to think about when you turn on that tap and watch your cup run over. Children especially thirst.

Now war. Truth may be war’s first causality, but clean water isn’t far behind. Even before Vladimir Putin’s devastating and outrageous invasion of Ukraine, the region had water issues. In response to Russia’s illegal annexation of Crimea in 2014, Ukraine blocked the North Crimea Canal. Crimea is now dry. Putin wants the water flowing again.

So for bathing and cleaning, cooking and sanitation, and, sure, drinking, we need water. We thirst for it even as we thirst for peace.

One day, 30-some years ago, I met a man, an accomplished chemist who believed he discovered how to break water into its component oxygen and hydrogen. Safely and efficiently. For a new world fuel. That’s all another story, extraordinary and dubious, sure. But imagine the impact.

After a decade of searching, when he found what he believed he found, he told me this: “I cried like a baby.”  I was a cub reporter and it was my first day on the job. I’ll never forget it. Even now, those tears. So human. So salty. Flowing like water.