Wherever we are, we all need grace in our lives

Wherever we are, we all need grace in our lives 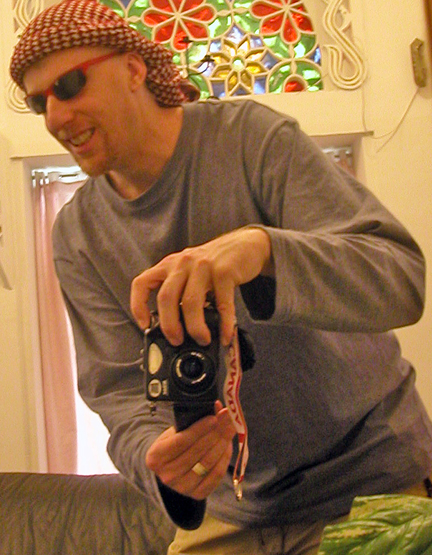 I’m a white Canadian. But I easily imagine myself as a dark Arabian. A Muslim.

There, on the streets with a kufiya on my head. Or there, I’m a Muslim woman with a beautiful, but hidden, face, walking along the beach.

I mean, what if I was born in, say, Yemen. If you’ve lived there (like I have), without trying, (like I don’t), you’d easily imagine this too.

You’d also wonder about grace. You know grace. It’s what keeps the world from blowing apart. Like ungrace or ungrace’s offspring – war – grace is a real traveller.

Funny enough, it was in Yemen – a forgotten place where children now perish quietly, daily, because of all the ungrace in that nation’s civil war – where I once heard the most striking comment about grace.

It was Gulf War II. The region was in turmoil, Iraq aflame. I was with Walid, (pronounced Waleed), a newspaper publisher and friend. We didn’t talk about beautiful women on the beach. We talked about heaven.

“So if you were knocking on heaven’s door, to enter, what would you say?” I asked, apparently bored of less flamboyant questions.  Walid thought carefully, then said “I guess I’d say, ‘God, by your grace.’ ”

This is why the word “grace,” the undeserved favour of God, and its derivatives, like “graciousness,” what you or I on our better days might give each other, will always have a certain shine.

In my travels it was in Yemen where I especially ruminated on this, even experienced this certain and strange grace.

There, at the Red Sea sauntering down those hotel stairs wearing, naturally, my very cool shorts. Showing my very hairy legs. To my very horrified Yemeni hosts.

Or at that Hodeidah beach, watching Yemeni women in their head-to-toe garb and niqabs, eyes poking out, struggling in water, water everywhere. I laughed aloud.

Or there, in my Sana’a apartment, when by great misfortune I saw the bare-naked face of Amit, our landlady, who’s normally hidden head-to-toe, especially around some western man with western imaginations. Holy horror, it was, for both of us.

One wonders about it all, grace, how grace speaks into the news of the day, even now on Canada’s much anticipated 150th birthday.

Earlier this year, head coverings caused all that media frenzy. Then, more recently, dubious angst about the things that cultures might steal from each other’s souls, so-called cultural appropriation.

One wonders, is grace in any of it? Or just fear. And ungrace. And war of another kind.

In Yemen, my wife, respectful and attractive as she is, wore what she called her black choir-gown: the garb of another culture, a centuries-old tradition of modesty. She appropriated what was appropriate. It was expected, but it was also her grace offered.

I’d sometimes wrap a kufiya, that red-and-white shawl, around my white Euro-Canadian head. It was welcomed, sometimes with a wave and “Welcome!” from some stranger on the streets of Sana’a who likely didn’t know another English word.

Welcome. Welcome grace. Because while it’s easy to get caught-up in the web of fear, the times, these remarkable times of cultural intermingling, here and everywhere, call for something else.

Imagine your own trip. Pack up your life and move. Reconstitute yourself in a new land. Put on what’s not yours. Then endure and cope and pull yourself together in a new way while all eyes watch you. On, say, some Canadian beach. This weekend.

You can only hope that those eyes are gracious eyes, that they have a view of arms wide-open, the sort of grace that surely awaits at heaven’s door.

This is the heart of Canada. This is why, with thoughtful intent, Canada’s founders called this new nation, quoting the Psalmist, a Dominion of God’s.

For any soul fortunate enough to settle here, this is all something, this wild and mysterious grace. It’s really something.