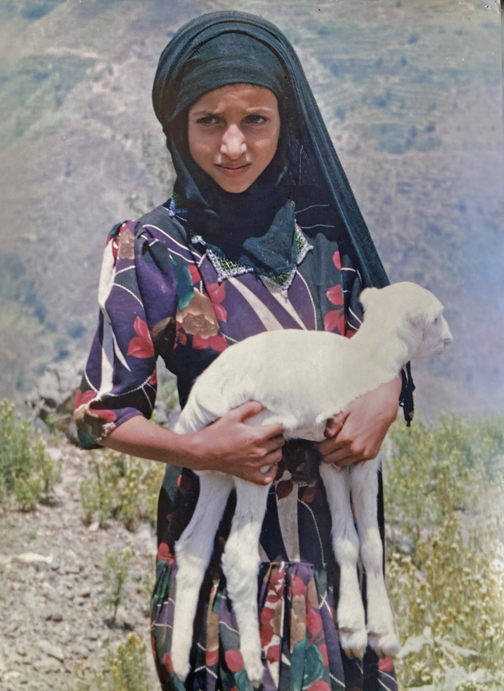 If you want to see the children of Yemen, you don’t need to go far. Pull up a chair.

Here they are, children of war and disease and famine. There’s one, skin wrapped tight over bone, bloodied under bandages covering her wounds. There’s another, looking up at us, a boy with no leg.  And another girl, alive, apparently, on a bed of sorts. These children are as easy to find as the phone in your pocket.

The UN calls this, the result of war and neglect, the world’s largest humanitarian crisis. It estimates, since 2014, when Yemen’s civil war began, more than 230,000 Yemenis have died, more than half from hunger and disease. More Canadians can be awakened to it.

Rebel Houthis continue to control much of the impoverished nation. An Arab coalition led by Saudi Arabia, which entered the fray in 2015, is the counter force. Saudi has sent an air raid on Yemen once every ten days, on average, according to Oxfam. Not surprisingly, bombs have often fallen on hospitals and water holdings and houses and children.

You may recall from this space that one day a Saudi bomb fell on the home of a 10-year-old named Baraah al-Saqaf. Her father, trying to protect her, was consumed by flames. Later, Baraah died from her own burns. I knew the family.  And while I never met Baraah, I suspect she was not unlike this Yemeni shepherd girl, photographed, who I see often.

I know her as just the nameless girl and her lamb, the girl on the poster that’s in my home office to remind me of these important things. For 20 years the photo, a gift from my wife, has been in my workspace, including in Yemen during the time we lived there.

But about Canada. In 2020, the UN Group of Eminent International and Regional Experts on Yemen named Canada as one of the countries perpetuating Yemen’s war. Ottawa sells arms to Saudi Arabia. The Trudeau government, maybe in shame, barely talks about it. But in 2016 the Liberals gave final approval to a previous Conservative-brokered deal to sell Saudi armoured vehicles, the sort with cannons and machine guns and mortars and anti-tank missiles.

Worth about $15 billon, the contract creates jobs in London, ON. It also robs Canada of its better angels, its healing role in global affairs. Because Canada can create other jobs, those that don’t trap and kill children in the bloody mechanisms of war. We’re better than this. Far better.

A coalition of dozens of civil organizations and labour groups, including the Public Service Alliance of Canada, the federal government’s largest union, says the same. The Canadian coalition has written Ottawa open letters, repeatedly, about it all. Ottawa’s reply? Silence.

No, we don’t need to do dirty business with the dirty predators of the world, like Saudi, a regime that murders and dismembers (you’ll recall Saudi journalist Jamal Kashoggi) its own citizens.

Other rich nations, Germany among them, have stopped selling arms to Saudi. Now U.S. President Joe Biden has also committed to stop selling Saudi arms, noting that Yemen needs help with a political, not military, solution. It needs vital humanitarian aid, which, during the pandemic, has fallen dramatically. The UN is appealing for $3.85 billion (U.S.) in humanitarian aid for Yemen in 2021.

This is Yemen’s need. Food and medicine. Not guns. And while Canada has offered humanitarian help, about $65 million, this dwarfs the money involved in the arms Canada sends to the nations prolonging Yemen’s war. Project Ploughshares director Cesar Jaramillo put it aptly: “It’s a bit like helping to pay for someone’s crutches after you’ve helped break their legs.”

This is how war has always worked: for the benefit of the suits, that is those people who have no clue, no experience, of life, or death, on the field. If she could, this is what the girl with the lamb would say. Ours may not be a world where the lions and lambs lay down together. But at least don’t incite and empower the lions to rip up and devour the lambs and the innocent children holding them.

You can voice your own concern to Ottawa through Amnesty International. To petition, go online to “Act Now: Canada stop selling arms to Saudi Arabia.”